We came across this news release on a wearable kidney belt for portable use. We seem to come across these sort of news items regularly.

Here's an extract from the news at Kidney Org. Australia

Dr Carmel Hawley, Clinical Director of Haemodialysis, Princess Alexandra Hospital and Chairman of a major conference in Brisbane on home dialysis said the wearable kidney would be discussed at the conference. The filtration device is worn on a belt around the waist and weighs approximately five kilograms. There are four micro-pumps which are driven by standard batteries.

The belt is manufactured by Xcorporeal Inc (United States), and a presentation by them is available online. You can visit the Xcorporeal website as well. They list several papers they have presented on this topic from 2006 - 2008, but I didn't notice anything more recent.
Posted by Dr John at 11:40

Fresenius Medical Care, the big dialysis services and products provider, has selected 31 patients (that's one for each day in March) who, it feels, have shown dedication, positive attitudes and / or provided inspiration to other CKD patients.

“During National Kidney Month, we are pleased to honor these 31 patients who demonstrate that people with CKD can lead well-rounded, fulfilling lives,” says Rice Powell, CEO of Fresenius Medical Care North America. “Many successful long-term dialysis patients are self-reliant people who have embraced their treatment program, and want to live as normal a life as possible.”

They plan to publish details about each patient on their web site, but at the present moment the champions pages are not on-line, not even a holding page. So no link to them yet. I might summarise a few of these patient reports here (but with 31 to choose from, it might take a while to decide who to talk about). Usually such stories describe personal achievements in overcoming problems, or how they continue with their work or hobbies just as before starting dialysis, and they can help those new to dialysis realise what they can do. Fresenius has a newsletter that often gives details about one or two CKD sufferers (who, just by coincidence, use their products), and I'd guess these champion stories will be in a similar format.
Posted by Dr John at 13:28 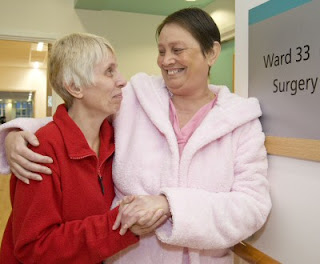