Jonah Lumo, the New Zealand Rugby legend, had another kidney scare recently, but was discharged from hospital a few days ago. 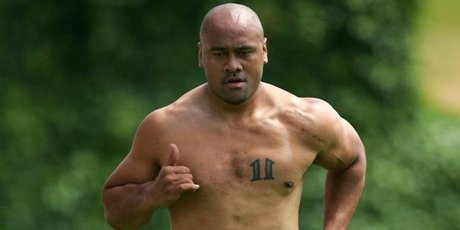 At his peak, Lumo was a true legend in rubgy and was responsible for many of new Zealand's international wins in the late 1990s. He played in 63 rugby Test Matches and two World cups. Yet one year after his début on the international scene in 1995 he was diagnosed with nephrotic kidney syndrome. This did not stop him from becoming one of the sport's start attractions and he had a very dynamic presence on the field. In 2004 he had a kidney transplant from broadcaster Grant Kereama, which initially seemed very successful. His kidney problems raised the profile of kidney diseases in general, especially in New Zealand.

Recently he decided to take part in a charity boxing event, Fight for Life, in Auckland, New Zealand, on December 3 2011, and has been in serious training for the event. Several other big sports stars are also taking part. Asked about the risks of boxing, he was quoted in another kidney blog as saying "There's no difference between this and playing rugby. Life is too short to be wrapped up in cotton wool." (See footnote). A fantastic attitude to take for someone who has had a transplant.

Then on September 24 2011, Jonah was admitted to hospital with severe kidney problems as his transplanted kidney seemed to be failing. Attempts have been made to repair any problems with the kidney, but doctors fear that he may need a second transplant and that his kidney is liable to fail well short of the expected 20 year life they initially thought it should have.

Since then, Jonah has been on dialysis, and been treated with drugs in an attempt to save the kidney but was released from hospital on October 11. The drug treatment and the kidney problems have had a huge knock on effect on the rest of his body, he is suffering bouts of tiredness and nausea, and it is not clear whether he will take part in the boxing match (unlikely, we'd say), as his immune system is somewhat depressed due to the drugs being used to prevent rejection of his transplanted kidney. It is also not clear whether he will eventually have a second transplant.

Footnote: For our American readers, rugby is a British game, very much like American football ( in fact that's where your football came from).
Except there is a lack of body armour, and the team doesn't change players every five minutes, they stay on the field for the entire game.
It's a game for HARD men.

Flu and the dialysis patient

As winter comes closer and closer, it's time for dialysis patients to think about flu and vaccinations. For most people flu is a problem but just like any other illness. For those on dialysis with CKD, it's a bit more serious and can result in pneumonia and other equally serious problems. It really is worth speaking to your doctor and dialysis specialist about getting vaccinated. Fresenius in North America are offering an annual flu vaccination to all their patients. Don't miss out on this. Ask your doctor's advice and reduce the risk of problems in the coming months from the seasonal rise in flu.
Posted by Dr John at 14:00